About IRC and Discord

Within online roleplay, there are many ways for roleplayers to connect and collaborate. The WolfSpirits Pack uses an instant messaging system for roleplay and we are not forum-based. The WolfSpirits Pack has servers and channels on IRC and Discord, which connect to each other across platforms. Below you can find some more information on each platform. To learn how to visit us on either IRC or Discord, continue reading below and visit our Roleplay with us Now! page. 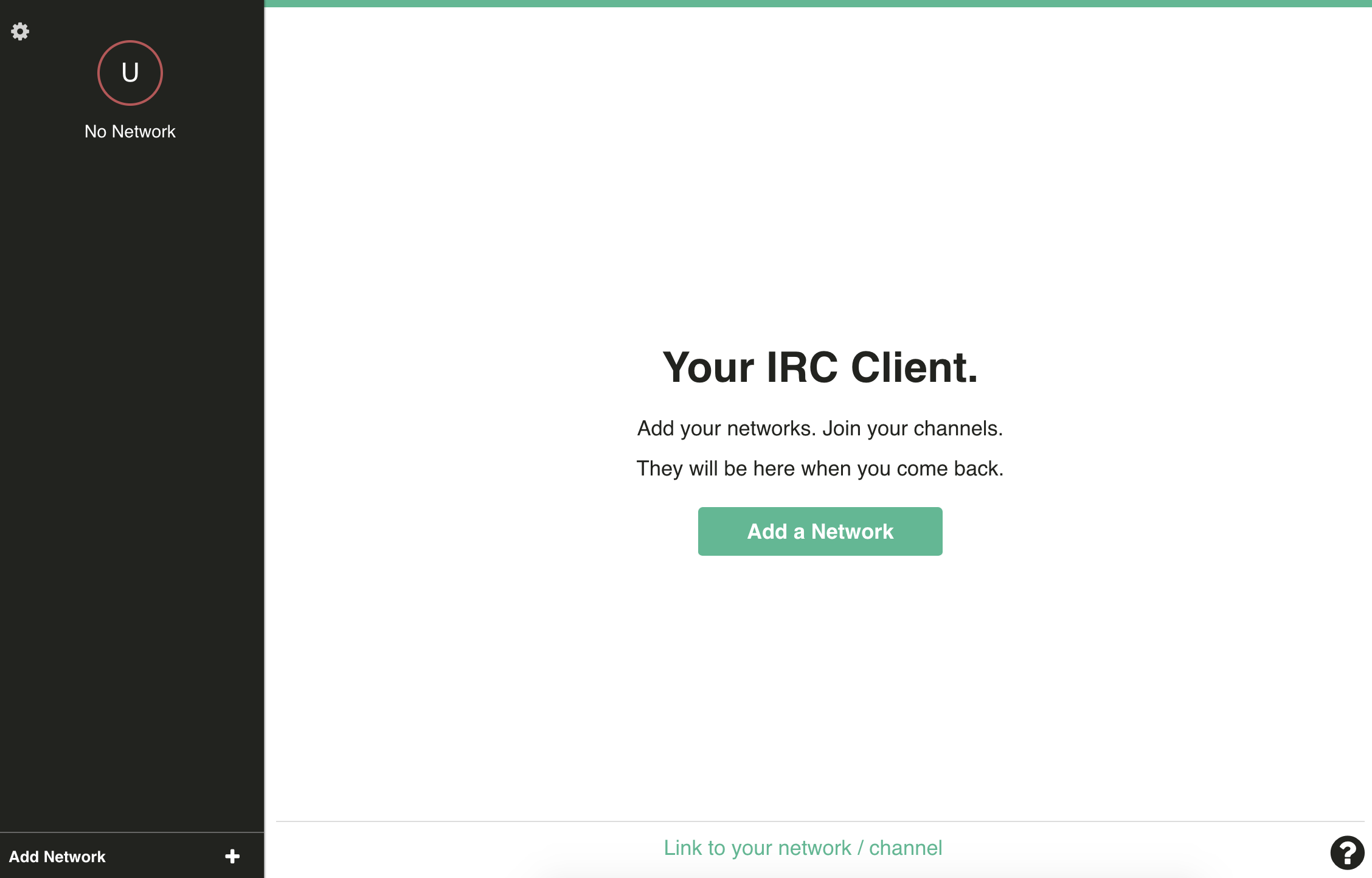 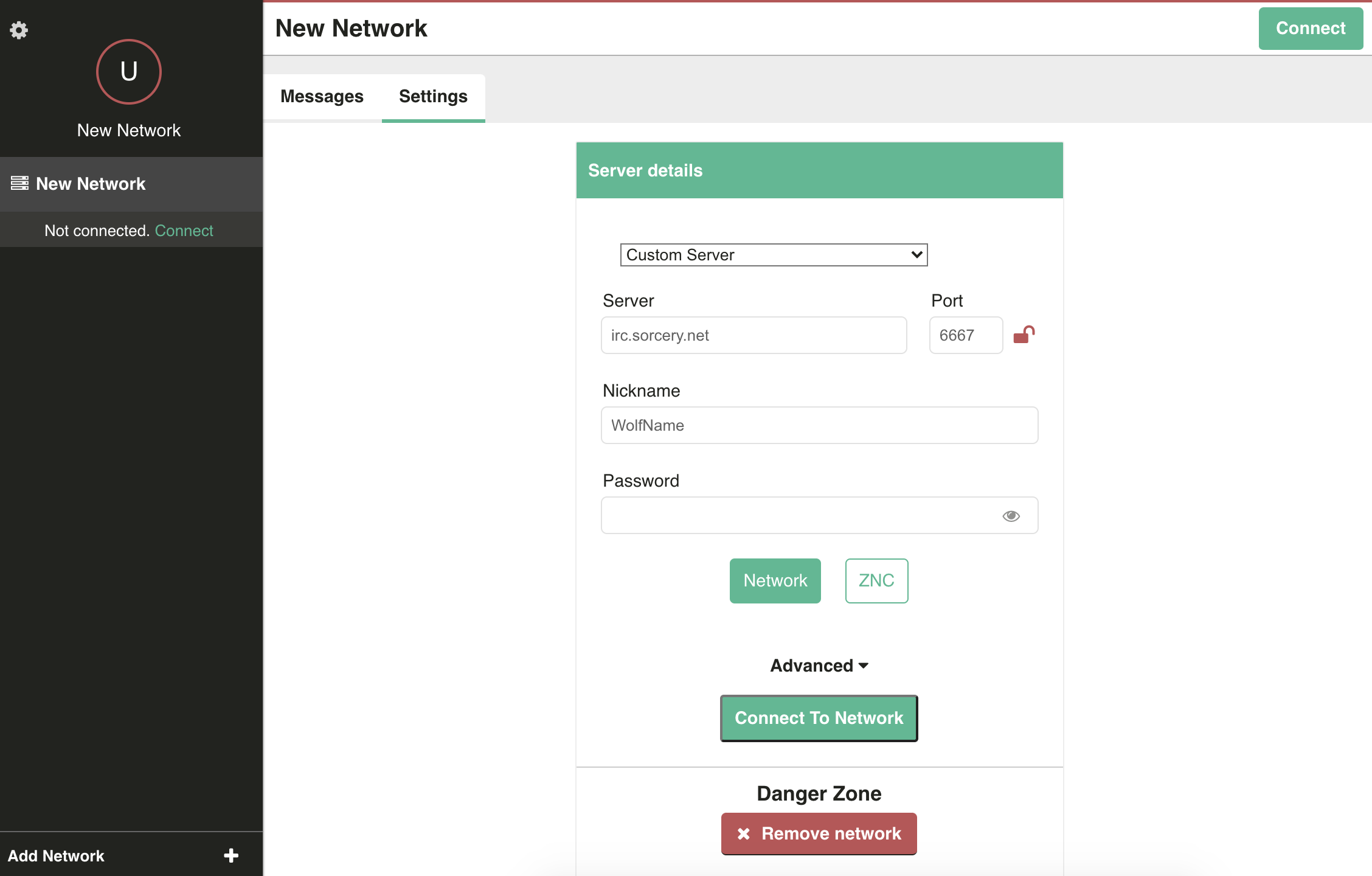 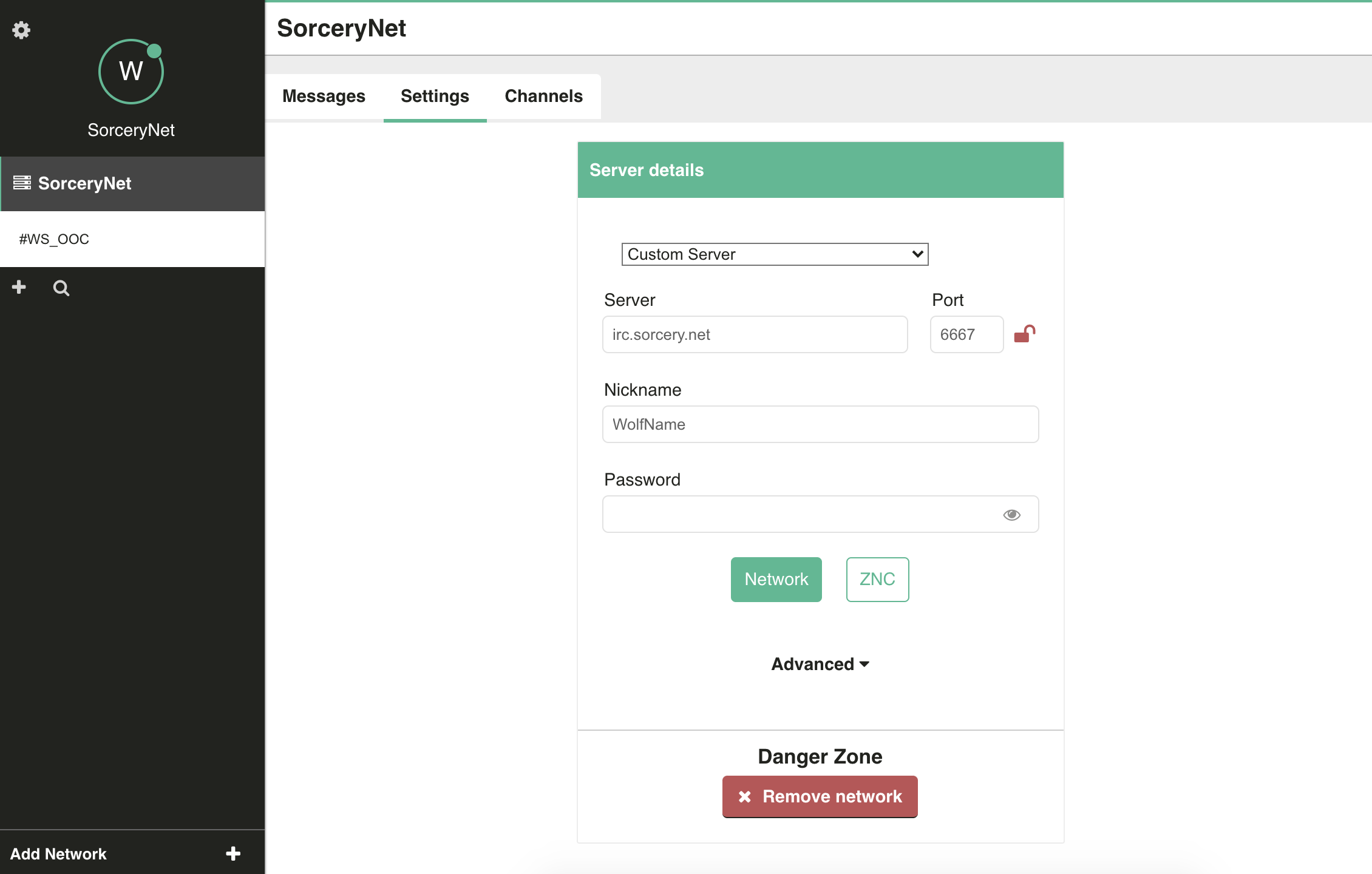 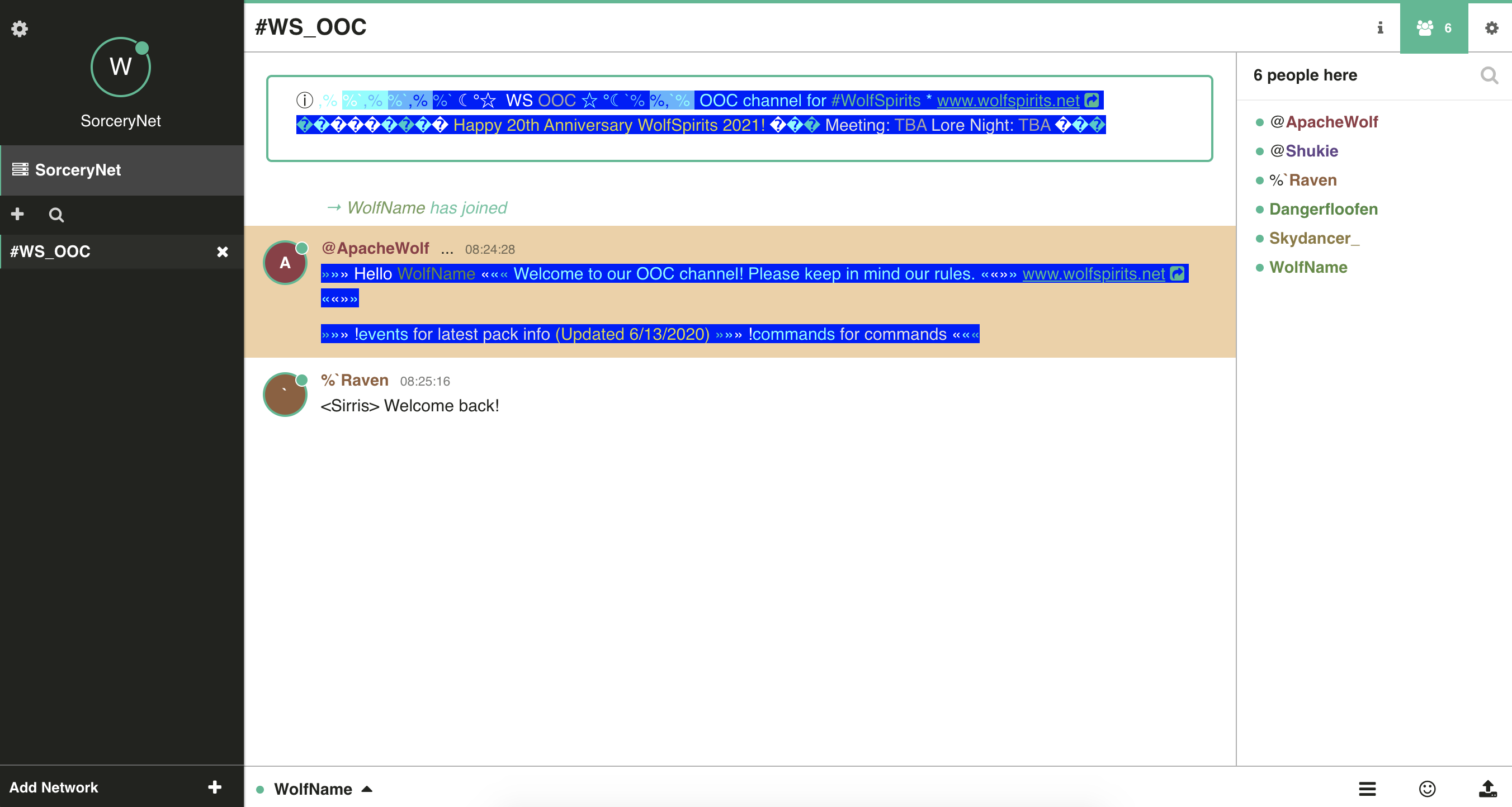 KiwiIRC is an online IRC client. If you’re not comfortable downloading a program or just want to stop by our channels to take a look, an online client is a good idea.

Open KiwiIRC in a new window

Then, follow the slides and instructions to the left for steps to joining the WolfSpirits channels through KiwiIRC.

mIRC is an IRC client for download onto windows computers. mIRC is a very popular IRC client for many of our roleplayers, so if you are having trouble, there are lots of people who can help you figure it out! 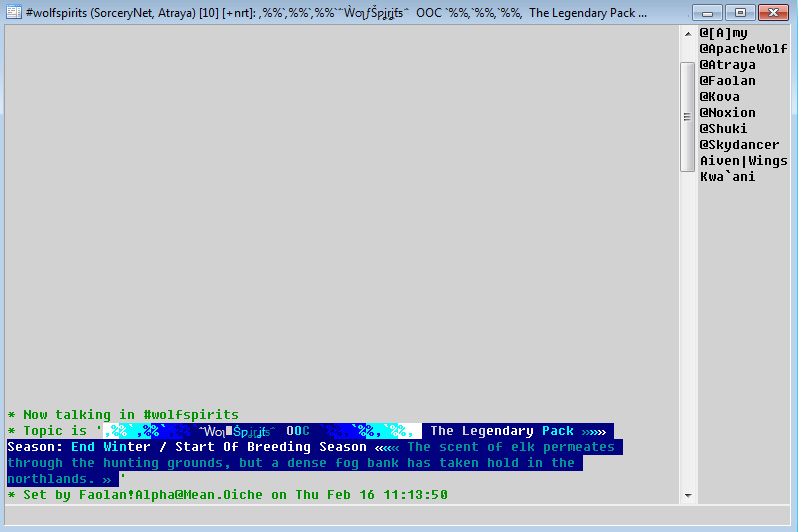 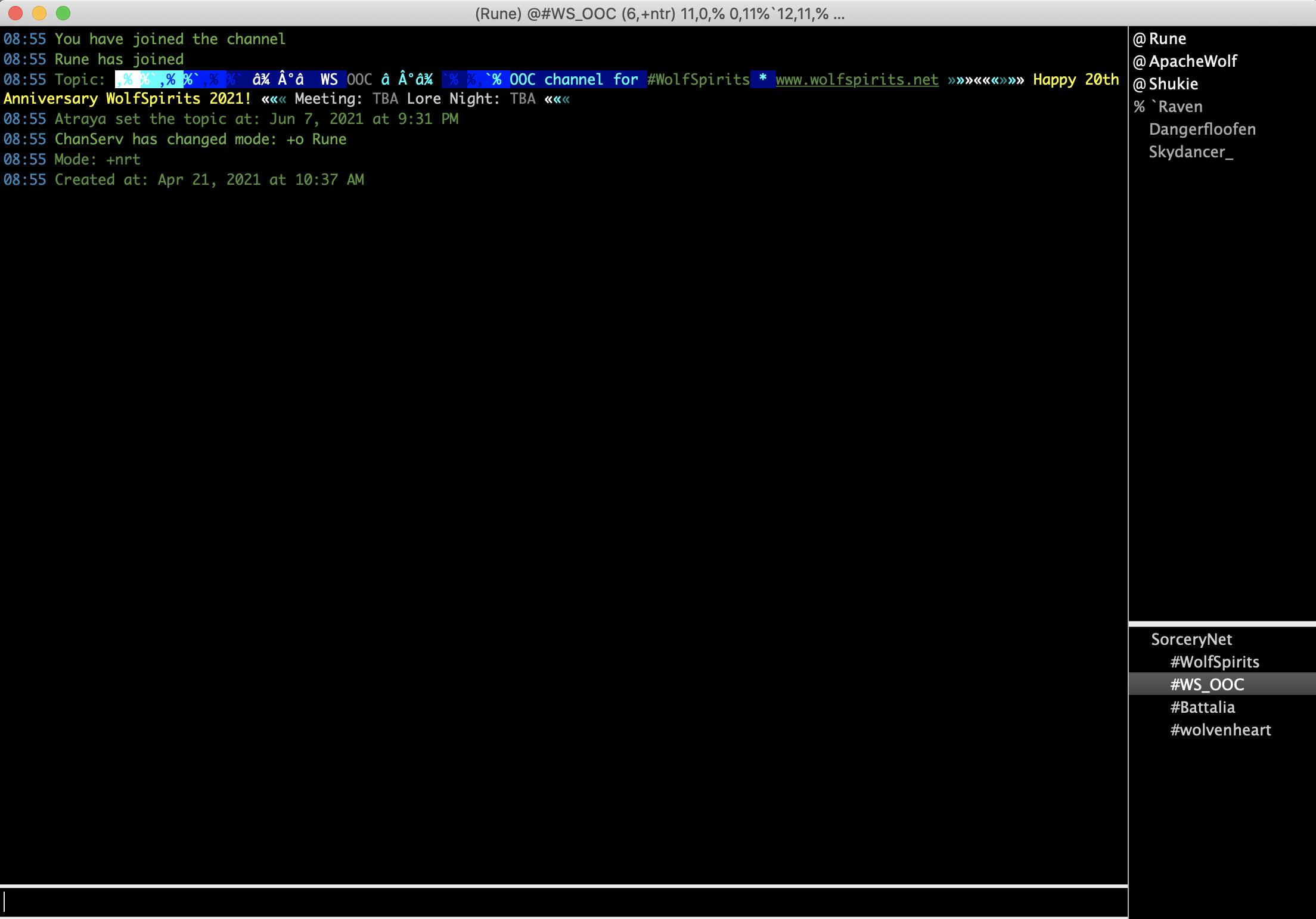 LimeChat is an IRC client for download onto mac computers. Fewer of our players use LimeChat but if you need help, be sure to ask and someone is likely to be able to help you.

Internet Relay Chat ( IRC ) is how much of the pack roleplays. For windows, a popular client is mIRC, and Mac/Apple users can download LimeChat. If you’re concerned about downloading a client, online clients exist as well. Links to all of these options and how to access them are on our Roleplay With Us Now! page. Here are some basic commands to help you get started on IRC!

Example: /join #WolfSpirits - This will allow you to join that desired channel

Example: /msg nickserv ghost shukie mypasswdhere
Using the ghost command gets rid of a nick. After the command, you can then change nick /nick Shukie and then identify /msg nickserv identify yourpassword

"ctrl + k + # Of Color" This will allow you to choose colors for speech! Please avoid bright colors like teal, pink, white, etc. Keep in mind the variety of different background colors and brightnesses of other's screens and avoid colors that are too light or dark.

Example: /msg Atraya - This will private message a user: /msg Atraya your message here
Examples: /q Shukie (this opens a new window where you can see the entire chat in one window. Once the window opens, type away what ever you wanted to say/discuss with the wolf/person)
You can also double click on a nick and that will open a window where you can have a direct chat.

Example: /notice Atraya - This will send a notice to the user (only) in the channel
/notice Atraya This is what I wanted to say to you (It puts a direct message in the window the msg was typed in).

Example: /nick Atraya[afk] - this will change your nickname

Example: /msg Nickserv register 123456wolf myemailis@gmail.com
Must be a valid email. You will receive an email from Sorcery.net. Be sure and check spam folder. You will see a line you are to copy and paste into IRC. This completes the registration process. After that, you will need to 'identify' to nickserv with the password you chose.

Example: /msg nickserv identify PasswordHere
This needs to be done each time you log in or the services will change your nick if you fail to identify within 60 seconds. 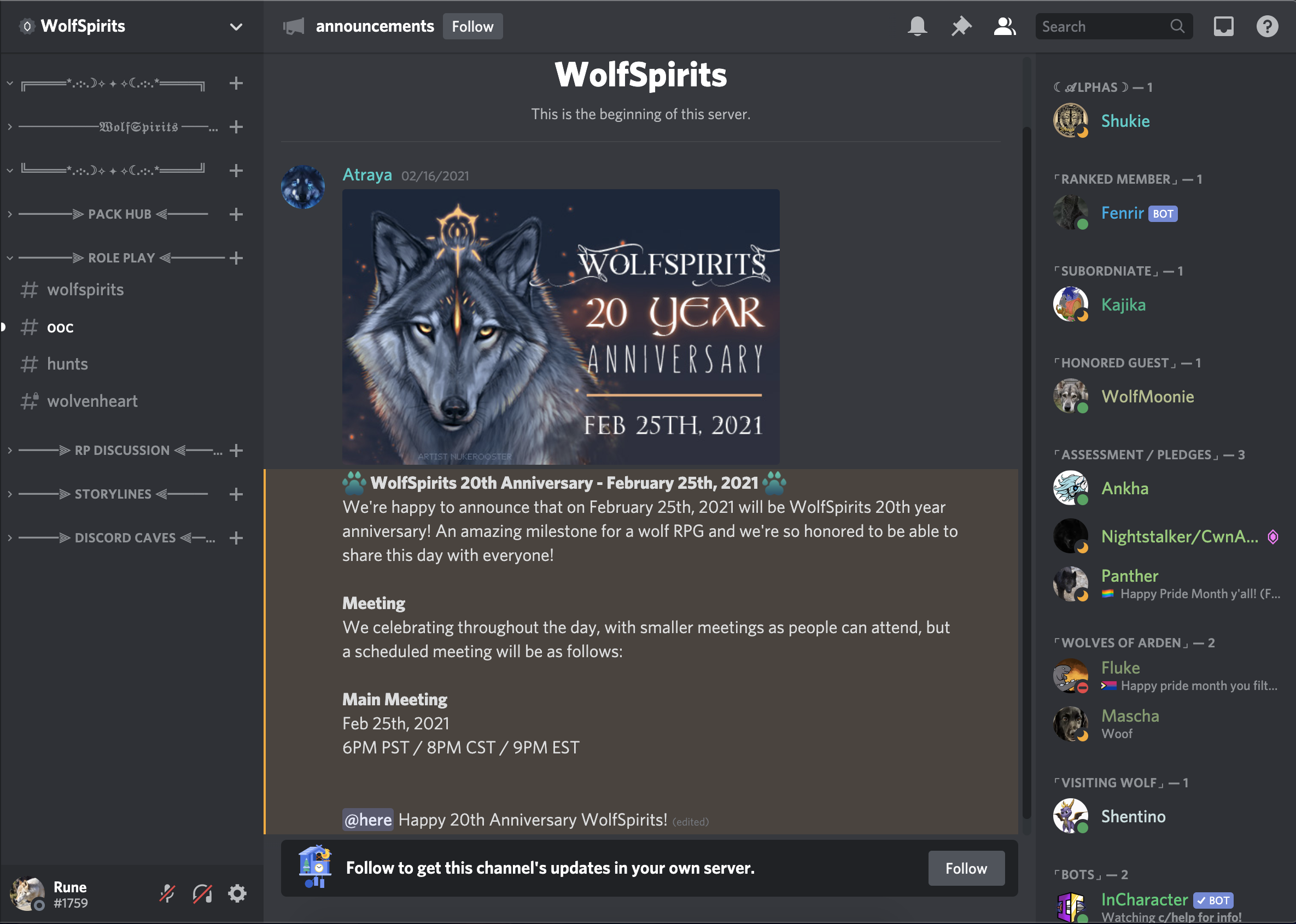 Through Discord, we are able to have more channels and features than on IRC. Many pack members have moved from IRC to Discord and will be able to help you if you’d rather use Discord as well. Get the link to the WolfSpirits server on our Roleplay with us Now! page.