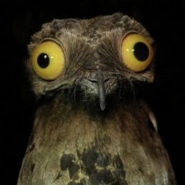 Lockewlf
This user account status is Approved
About About
Comments Comments

Basic Information
LockeWlf
Elder
Male
So old he brought the Earth Mother to prom
none currently
American Timber Wolf
April 6, 2017 at 3:20 am

Survived well beyond the age of most wolves

Age has caused the old wolf to go through a variety of moods, depending on the situation.

The vast majority of the time he is very serious and tends to keep to himself near the comforting springs of his little home. When he is with the rest of the pack the caring nature that often hurt him would come out as he enjoys comforting the injured and the young, often assisting with whatever tasks needing to be filled at the time.

The downside of a long life is bouts of melancholy and depression and Locke is no exception. he often disappears for a length of time to wallow in his misery, mostly by the resting site of Kovo.

Locke was abandoned at a young age, it was not known whether this was intentional or not and left the young pup alone in the deep Alaskan wilderness. He spent most of his early months on the fringes of a pack called The Lan Hunters, never quite fitting into their pack life despite his best efforts. It was not too long before his first year that his fur began to change from the traditional gray and black to a odd veridian coloration that seemed to grow more vibrant as he remained near large bodies of water. Being a relative freak of nature meant that he was not accepted by most other wolves, leading him to take long sojourns to explore the world on his lonesome.

During one of his rare trips back Locke encountered a fetching young example of a timber wolfess named Fem, and together they brought a small litter into the world. Alas such peace and happiness was not to be for the oddball wolf, Fem having disappeared once the pups had grown strong and most of his tiny offspring and himself decided to make a go for it. He settled a few years on the Canadian border, his small family growing beneath his leadership and all was well for a short time. About three years into their small pack being established is when the poachers came.  It was with abject horror that Locke attempted to save his family and offspring from the ravages of the hunter's weapons, but the fire sticks proved to be more powerful than fangs and the entirety of his family was slaughtered as he ran off into the woods, his heart torn asunder by the destruction of the only place he felt at home up to this point.

He spent the next few years travelling the area, just trying to forget his family and friends who screamed at him in his mind and haunted his sleep. it was when he was tired and weakest that he returned to the edge of Lan Hunter lands, only to encounter a young wolfess by the name of Kovo. She was an unusual wolf, kind where most were antagonizing and more than comfortable with him despite his freakish coloration. She told him of a place to the north where she was setting up her own pack, and invited him to return with her. At the time he declined the invitation not wanting to be happy and comfortable again after such a painful loss. It was as she sauntered away did he seriously begin to consider changing his wandering lifestyle to something a bit more stable.

It would take him another year before he would make the dangerous journey towards Kovo's lands, at this point he did not encounter her again and assumed that this was another fool's errand and that he would wind up lost and alone once more. But as sure as the moon rises in the sky there she was, with a small collection of other wolves that had joined her the year previously. By this point he was already getting up in years by a wolf's standard and his paranoia and fear nearly drove him to retreat from the young pack, but a friendly chuff was given and Kovo welcomed him to her pack, a place that instantly felt like home. He spent several years on and off travelling and returning to the pack, only obtaining membership after several years and return trips.