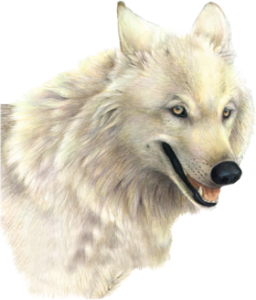 Discussion between Spirit and Kovo has begun on whether or not they should start their own pack and family. Currently they remained true to their pack and family in Sweet Mystics.

November 11th 2002
Snow has fallen in the clearing! Late snow this year.

WlfSpirit & `IceBlink becomes WolfSpirits first PackMembers *howls*! SilverWhisper and Thrain have decided to join a different pack, may there path’s become smooth and easy going in a better future *howls*

An old deer was hunted, it was spotted by Kovo and `Spirit as they returned to the pack. It was hunted and successfully brought food to the pack *howls in honor of the deer’s spirit*

New record 15 wolves within the clearing. Thank you for the care and honor for the presence of each wolf! *howls to her Friends and family for there devotion to visit the Wolf Spirits*

An intruder came into the clearing. The wolf showed aggression and proved to be a threat and was kicked/banned.

Second Pack Meeting was howled to order, it was a Contiune of the First. More issues were Appointed. {TinkerPup} Becomes Wolf Spirits Third Pack Pledge. Some Rules were apointed, and the Pledge period has decreased to 1 month wait instead of 2.
Meeting Log: log

A large deer was hunted and killed succesfully by Kovo, ShadowDweller, `Iceblink, And WlfSpirit. Bot was tested with Dice system

ApacheWolf has become the Wolven Bot to the Wolf Spirits Pack. *howls* ((Thank You WlfSpirit))

A hunt was scouted out, a Fawn killed by Kovo, LepWolf, & EmmeraldDream.

The Wolf Spirits Pack Territory Has been Discovered by Kovo & `Spirit

Nightstalker appears within the clearing and territory.

Kovo returns from scouting around the Pack’s territory and remarking it for the new spring.

Timberwolf passes on due to illness *howls for his spirit to reach the heavens and to our ancestors to fall with them and watch over.

Kovo meets two new wolves ActionWolf and PrinSheva. Kovo takes a leave of absence due to human stuff. Gone for a week.

Spring has arrived within the clearing, patches of snow are seen as the lush green grass breaks from there frozen prision.

– BlackenedRain is advanced to Assessment
– `IceBlink becomes Pack Scout
– `IceBlink and TessWlf become Spirit Sisters
– WhiteWolf was denounced as Pledge due to inactivity and unexplained reasons of absence. Will grant pledge upon request on her return.
– WlfSpirit & `IceBlink begin Adoption for SilverLegendWlf as there pup.

WolfMoon, Spirit and Kovo have found each other through time and heart! Sibilings they’ve found to be! WolfMoon becomes Pack Honorued Wolf and Arwynelle advances to pack Pledge!

A new pup lingers within the packs territory by the name of Demonfirewolf.

Canada_Wolf Advances to Pack member. Discussion on havnig a pack meeting every 3 weeks!

The pack welcomes Faolan back as a full member of the pack. The pack now recognizes Nightstalker as the Lead Scout after the disappearance of Jay. Kovo has addressed the pack with her decision to consider retirement. There was a mix of emotion and out-pour of support which she appreciates. Until an heir can be named, she will remain as Alpha, but age has weathered the great Alphess and it is time for a new generation to step forward and lead the way for the pack

The 2nd pack meeting held in 2019! We had some exciting updates to share.