<Atraya> Well I’d like to formally start the ‘meeting’
<Atraya> Atraya isn’t in the clearing IC 😛
<Atraya> But thank you to everyone for being here! 😀
<Atraya> It was nice to see some old faces, including WolfMoon!
<Ayaka> :}
* Ayaka settles in
<Atraya> 🙂
<Atraya> Updating the website 😛
* Faolan missed the old faces
<Atraya> Kinta posted something on our FB as well 🙂 which was nice
<Atraya> I haven’t seen her in a while, but glad she’s doing well
<Atraya>   I just want to thank you all for being here and continuing on this awesome legacy we have 🙂 There’s not a lot of places that can say they’ve been around as long as we have (and have those who’ve been here just as long stay around!) and I truly am humbled by everyone’s dedication and heart to be here!

<Faolan> Day had remained as still as the wind, which did little to carry sound beyond the fray of conversation. That said, the relative silence between would be pierced by a howl for every loss–six in total or a full quarter of the Teller’s pack. Phoenix and his pack would be engrossed in the process of grief. Ayaka’s chosen path took her closer to the crown of the knoll, the hill upon which passage into the yonder valley was thwarted. She would see them conversing, but sound was fleetingly similar to the crunching of undergrowth and a haggered breath that hounded steps that were not hers. Surely, she was not tired after all that rest? Nae, of course not but the one whose ears she listened through was. After a time that would be replaced by the low timbre of Faolan’s voice …is a day between. You know you cannot cross and find yourself in the world you left on the other side. Rook, took the answer upon shoulders that seemed to buckle at the weight. His head turned to the ground but lifted after a time, As do you…You can’t just go… A gentle nose would ruffle the crown of the black wolf’s head. It is not something I -just- do. 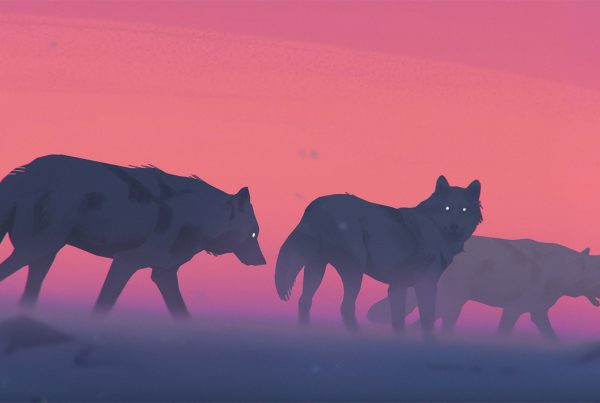