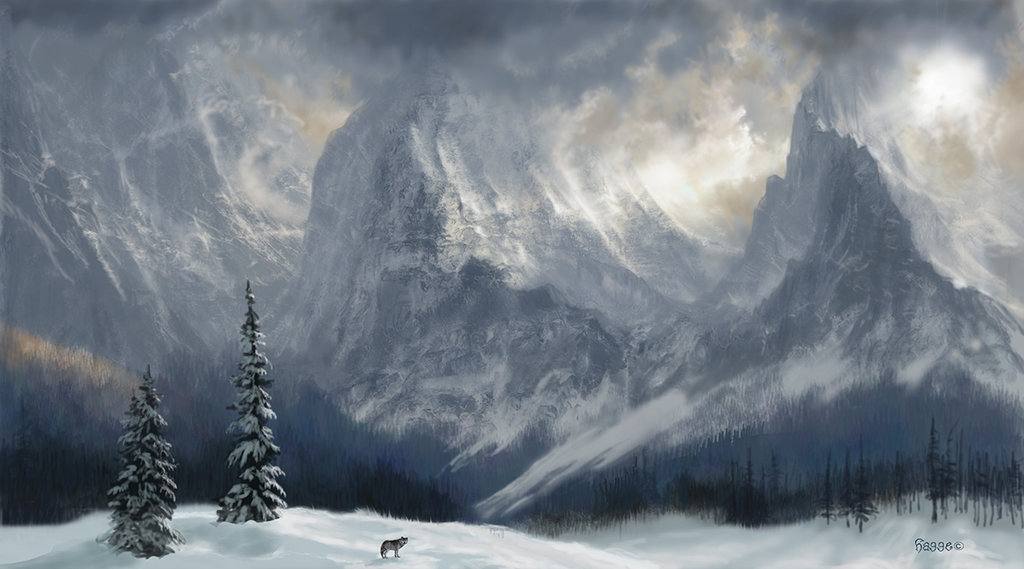 At the last pack meeting it was determined by Shukie that they needed to pursue a lead from a visiting male, Calder, about their missing Alpha Atraya who was somewhere to the north beyond their borders at a place called Mykeer. It comes with no easy task or decision to leave the WolfSpirits territory for a temporary spell in order to find their missing Alpha(s) and hopefully find out what’s happened to their usual bountiful herds that have gone missing. It’s been suggested there might be another pack responsible and whether that ties into their new visiting wolf has yet to be determined.

»»» As the wolves would progress up the slope they would find that the air began to grow colder. Despite spring was just around the corner for the territory and surrounding wilds, up here it was unforgiving. It still held on to winters grasp as the snow though melted a good deal was still thicker, deeper and more dominate the higher they went up. There would be no signs of anything unusual save for the coming and going’s of a particular wolf and a few pack members. «««